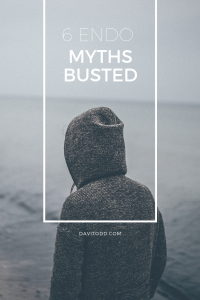 As a person who has had endometriosis for as long as I can remember I can attest that myths about endometriosis still run amok all over the place.  These myths aren’t found just on the internet either.  I’ve heard them at school, the mall, even in doctor’s offices.

Since March is Endometriosis Awareness Month, I thought it would be a good opportunity to touch on this disease that eventually had me walking with a bright blue cane for awhile.  You don’t know what Endometriosis is?  Check out my previous post on Endometriosis , or save it on Pinterest.

The myths and misconceptions I’m about to cover are not in any order of importance but they do need to be stopped.

These are 6 of the most common things I hear regarding Endometriosis.  What about you?  Do you hear myths about Endometriosis too?  I’d love to hear what you’ve learned about this disease and what has been proven false.

I have Endometriosis or think I may, what do I do now?

First of all, I’m so very sorry!  While we can’t yet say, there is a cure, there are some better methods of surgery that are becoming more main stream.  This is called excision surgery and it’s not the same as ablation surgery despite the many claims that it is.  You’re not alone!  At least 1 in every 10 of us have it.  Below I will list some great resources for you.

Thanks So much for spending time with me today.  I love hearing from ya’ll so please leave a comment or message below! 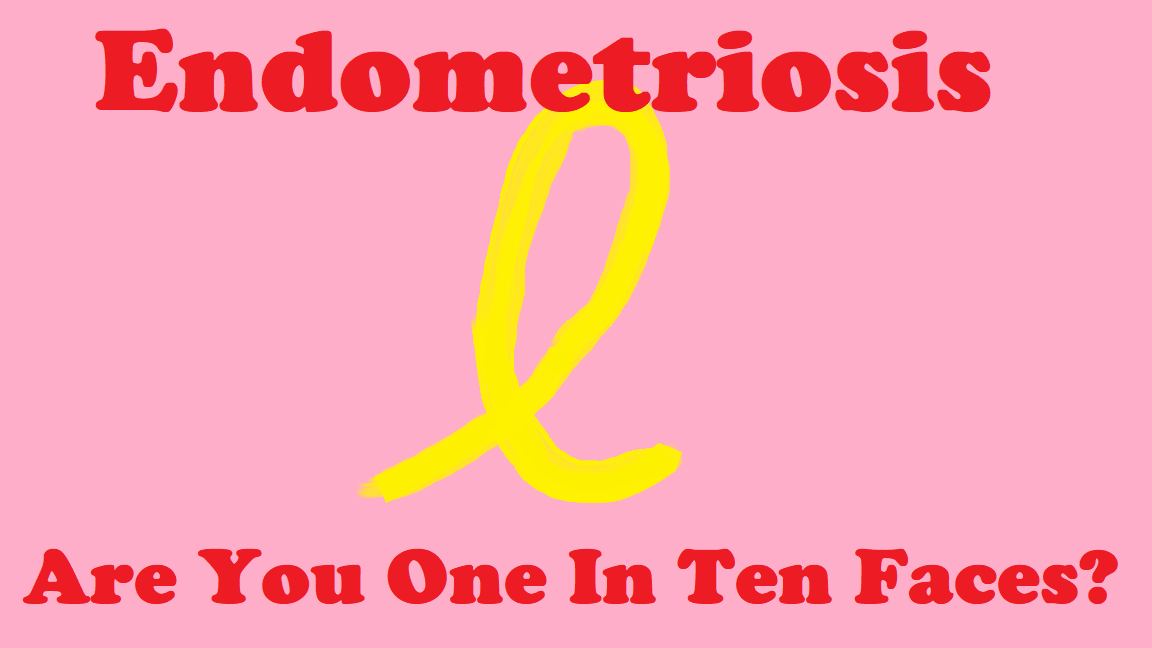 I really should have made more of an attempt to do this article while in recovery.  It would have been nice to have a more “month by month” story but in reality, I was busy getting well and recovering. In the early days of recovery, I was also dealing with thyroid disease that was newly diagnosed and I was just so tired, it was all I could do to just feed myself.  Thankfully, I am here today a little over two years later and I feel like an entirely different person!  I’m not 100% well, I may never be, but endometriosis hasn’t been a problem for me in two entire years and that is HUGE.

What is Endometriosis?  What could possibly have me reeling in pain day in and day out month after month with no end in sight? Well, let us start with what endometriosis is NOT.  According to the CEC (www.centerforendo.com) it’s not dysmenorrhea or “mild painful menses” in common terms nor is it just “killer cramps.”  In fact, when I was younger, like I’m talking 12, I used to boil over in anger when people suggested that I couldn’t handle being a girl… Yes! YOUNG girls DO suffer debilitating pain from this very disease! Also, it’s not just a little bit (or even a lot) of endometrium that has been misplaced or implanted from back flow of menses.  This is probably one of the most common myths.  Below is one of my favorite quotes from the CEC…

“Endometriosis is not a simplistic condition whereby normal uterine lining implants itself waywardly throughout the body like daises in a field with each period – yet unfortunately, this outdated, widely-touted notion continues to keep endometriosis mired needlessly in delayed diagnoses, hysterectomy, poor surgical treatment, ineffective medical suppressives and worst of all, a lack of hope. Fortunately – endometriosis is not a hopeless disease and quality treatments do exist.”  CEC

Endometriosis is tissue that looks like but is NOT the same as endometrium tissue that grows outside of the uterus.  It has a lot of symptoms but the most common one is extreme, debilitating pain usually around menses and often during ovulation as well.  These tissues can grow just about anywhere, not just on the reproductive organs.  Women have it on their diaphragm, liver, bladder, colon; it is not reduced to being located only on the ovary, Fallopian tube or uterus.  Due to the lack of education on Endometriosis, it is commonly misdiagnosed and women wait on average 7-10 years to get a correct diagnosis.

To make matters worse, endometriosis is often responsible for the build up of adhesive tissue that begins to slowly glue our organs together so that they can’t move freely any longer.  Adhesion tissues also contribute a great deal to pain levels, poor quality of life, and reduced mobility.  By the time I was 32, 20 years of pain had passed (what would you do in 20 years of time?) and so had adhesion build up.  I literally could not sit up in a straight back chair because my mobility had been so greatly reduced.  Once I had been a pretty athletic person but as I aged, the amount of exercise I could do was greatly reduced until finally I could barely walk.  I felt like I was loosing who I was in leaps and bounds while everyone else had a normal body and aged slowly.

During one the episodes of menses pain I laid in my bed and really wondered how much more I could take.  I decided to search on youtube for endometriosis and I found a video done by Rebekah Hoyt called Ending Endometriosis.  I was actually down right mad after watching it! Surely she must be selling snake oil and getting paid truck loads to make money off our suffering (she wasn’t!).  You see, my mother had endometriosis and she had been to several physicians and nothing was ever able to help her.  In fact, most of the treatments my mother went through actually made her pain worse each time she tried it.  I had been conditioned since I was 12 to believe there was no hope for this, it was just my lot in life.  However, my subconscious held on to the information in the video and a few months later, in agony again, I called the Center for Endometriosis Care, I had reached the end of my rope, I wasn’t living, I was literally just existing; something had to be done.  Locally, I was only offered the traditional treatments of pills, Lupron, or surgery.  I wasn’t willing to try Lupron with my newly diagnosis thyroid disease, pills had failed so many times before, and the surgery they offered here was the same type that failed my mother and every other person I’d known with endometriosis.   I was determined, if I must have a surgery, it will be a different procedure than they offered my mom.  Little did I know then, this would soon be the best thing I’ve ever done for my health. Hope was rekindled, life was on the way.  Excision surgery via vaporization was now the agenda.

I’ve never met this woman but I am SO thankful she made this video or I may still be in pain today!

Do you want to know more about my life with endometriosis?

If you’re on Facebook and would like to know more, join Nancy’s Nook group where lots of great up to date endometriosis information is posted by some of the best in the field as well as patients who have gone many years longer than I have to date with no recurrence.